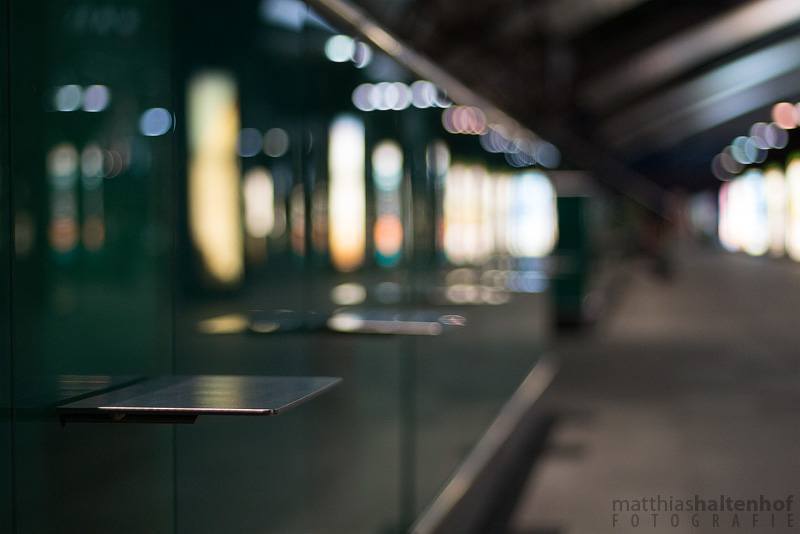 I usually shoot more with the wide angle or standard zoom. But since I started photography in 2005, there has always been a 50mm lens in my bag. Canon recently relaunched the 50 1.8 as an STM. After the initial reviews were very positive, I couldn’t help but trade in my 50 1.8 for the STM. So here follows my own Canon EF 50mm F/1.8 STM test.

If you are now expecting a test with sharpness series or comparison images, I have to disappoint you. My test is largely subjective. I simply used the Canon EF 50mm F/1.8 STM for half a year and give my impressions. And of course there are quite a few pictures from these months. All pictures were taken with a Canon EOS 700D. Technically interested people are welcome to download the pictures and have a look at the EXIFs there.

Metal bayonet instead of plastic bayonet

What has changed with the STM in contrast to the „old“ Canon EF 50mm 1.8 II? Canon has used a metal bayonet, as it did with the first version of the 50 1.8. This makes the bayonet much more robust than before, of course, and promises little wear, even when used over several decades. The other materials have also been changed, more on that later in Haptics.

STM motor instead of micromotor

Newsletter Lead 1 – E-BookHard to miss in the name, the 50mm now has an STM motor. STM stands for Stepper Motor Technology and means stepper motor. STM motors are very quiet and are therefore better suited for video recording, so that the focus noise when refocusing is not heard when the video is already running. USM motors are also pleasantly quiet. However, if you know the focus noise from the old 50 1.8, you know that you could definitely attract attention with it.

Instead of 5, Canon has now installed 7 aperture blades, which also result in a circular aperture. What does that mean exactly? The bokeh has become much nicer – more on that below.

Let’s get straight to the autofocus. The forums are still arguing about it, but I think the autofocus of the Canon EF 50mm F/1.8 STM has gotten better. My reject rate has gone down. That is to say that the focus hits better than it did with the old one. The STM motor was a clear purchase incentive for me, because I already find the high speed and low noise on the 18-55 STM outstanding.

Sharpness – has anything changed?

A purely subjective assessment: for me, sharpness has also improved. The previous Canon 50 1.8 was already a creamy piece from aperture 4.0, but with the STM the „creaminess“ starts earlier. If aperture 2.0 has been virtually unusable for me so far, I can now take quite usable pictures with it. It gets really sharp from 2.8, but even at open aperture, the sharpness has made significant progress.

Haptics – how does the STM feel?

The shape of the Canon EF 50mm F/1.8 STM has been changed. The lens is now a bit larger and heavier. However, it still falls into the lightweight category. As written above, the bayonet is made of metal. The exterior is still plastic, but the surface is slightly roughened. A big difference: nothing rattles or has play. The lens feels absolutely valuable and, for me, cuts a slightly better figure than the 50mm 1.4. The focus ring moves pleasantly easily and precisely.

The circular aperture has made the bokeh much softer. With the old 50 1.8, you often saw a 5-corner in the background when the aperture was closed further. This „problem“ has now been solved. I notice this clearly in the pictures. The background is again quite a bit softer than before.

A 50 mm is something like the lens that is always recommended first after the kit lens. I see it the same way. Working with a fixed focal length makes you care more about your composition. Instead of zooming, you have to move.

For many, the blur in the background is a factor in buying a 50mm. The larger aperture makes the depth of field shallower, making it easier to blur out the background of the subject.

In the end, a 50mm lens simply contributes greatly to your own photographic development.

Comparisons to other lenses in that focal range

I’ve already touched on some of the differences. I have used the previous 50 1.8 II for over 8 years and am thrilled with the new Canon 50mm F1.8 STM. The price difference I not particularly big, but a better autofocus, better image quality and a softer bokeh are definitely worth the money to me. So I would advise making the switch. For those who don’t own a 50mm yet, I would also advise going straight to the STM.

I used the Canon EF 50mm F/1.4 USM for a little over a year. Eventually, I sold it. This was because, in my opinion, it’s hard to use this lens at f/1.4 because it’s way too soft then. I’m not a sharpness fetishist, but a certain base has to be there. I switched back to the 1.8 at that time. In this respect also for the people who have to decide between 1.4 USM and 1.8 STM: STM!

The Canon EF 40mm F/2.8 STM is also a very popular lens. I especially like it for its small size and light weight. I also find it absolutely convincing in terms of sharpness. If I had to choose one of the two, it would be the 50mm. That’s because I like the bokeh of the 50 better and it’s also a little easier to crop with it. The blur of the background is greater. The 50mm is minimally larger and heavier, but we’re really talking about complaining at a high level here. Both lenses end up being lighter than 90% of the other Canon lenses. Bottom line: 50mm 1.8 STM!

Do you need a lens hood for the Canon EF 50mm F/1.8 STM? I think no, because the front lens sits very deep inside the lens body anyway. To create unwanted flares here, which you wouldn’t have with a lens hood, you would have to hit an angle of exactly 2 degrees. From me as a clear no to this question.

The Canon EF 50mm F/1.8 STM is suitable for practically all cameras of the Canon EOS series. This applies to both analog and digital cameras. Here it makes no difference whether full-frame or APS-C sensor. So the lens fits on these cameras, for example:

The EF 50mm F/1.8 STM can therefore be used on virtually all Canon EOS cameras.

My conclusion to the Canon EF 50mm F/1.8 STM review

I am very satisfied with the Canon EF 50mm F/1.8 STM. Finally nothing rattles on the lens, the autofocus hits better and the background is softer. And yet, this lens brings a playful lightness that allows you to constantly evolve in your own photography. Clear buy recommendation!

I have been using this lens extensively lately. I continue to be very impressed with the good stuff. I especially like it for the beautiful bokeh and light weight. Just going out with it gives you carefree photography.

Today I was at Leipzig/Halle airport and took pictures with the Canon 50mm F/1.8 STM. I was there specifically at blue hour, so you can play well with the different color temperatures of the lights. The following images are an ode to the bokeh, which I wanted to add to the test.

The lens remains a big recommendation from me. Almost nowhere can you get such an affordable lens that is so much fun to use. Even Anno 2022 the lens is still my recommendation if you are looking for a 50 mm lens for a Canon EOS SLR camera, whether APS-C or full frame.

Do you have any questions about the Canon EF 50mm F/1.8 STM? Drop me a line in the comments!